Black seed oil is extracted from the seeds of Nigella Sativa, a plant native to southwest Asia (commonly called black cumin). Also known as black cumin seed oil or kalonji oil, nigella sativa oil is an amber-hued oil used in cooking and is proven to offer a range of health benefits. One of the key components of black seed oil is thymoquinone, a compound unique to its kind, with high antioxidant properties, hepatoprotective, anti-inflammatory, cytotoxic and anti-cancer. Health enthusiasts have dubbed it as “a cure for everything except death”.

The slightly bitter seeds are used as a flavouring or spice in Middle Eastern and Indian cuisine and are sometimes sprinkled on flatbread, naan bread, or bagels.

The taste of the oil however, can be a bit too strong for some people. We have taken the organic black seed oil to be filled in softgels for easy and convenient consumption.

Warning: Pregnant women (or women trying to conceive) and breastfeeding women are not advised to take black seed oil. Talk to your doctor if you’re considering the consumption of black seed oil. You should not stop any of your medications without speaking with your doctor, or delay or avoid conventional treatment.

The study results showed that treatment with black seed oil led to a reduction in arthritis symptoms (as assessed by the DAS-28 rating scale), blood levels of inflammatory markers, and the number of swollen joints.

Black seed oil shows promise in the treatment of allergies. In a 2011 study published in the American Journal of Otolaryngology, for instance, black seed oil was found to reduce the presence of nasal congestion and itching, runny nose, and sneezing after two weeks.

Black seed oil may be of some benefit to people with diabetes, according to a review published in Complementary Therapies in Medicine in 2015. Researchers analyzed previously published studies on the use of Nigella sativa for diabetes and concluded that it could improve blood sugar and cholesterol levels in diabetes models but noted that clinical trials are necessary to clarify the effects.

There are no reviews yet.

Only logged in customers who have purchased this product may leave a review.

We use cookies on our website to give you the most relevant experience by remembering your preferences and repeat visits. By clicking “Accept All”, you consent to the use of ALL the cookies. However, you may visit "Cookie Settings" to provide a controlled consent.
Cookie SettingsAccept All
Manage consent

This website uses cookies to improve your experience while you navigate through the website. Out of these, the cookies that are categorized as necessary are stored on your browser as they are essential for the working of basic functionalities of the website. We also use third-party cookies that help us analyze and understand how you use this website. These cookies will be stored in your browser only with your consent. You also have the option to opt-out of these cookies. But opting out of some of these cookies may affect your browsing experience.
Necessary Always Enabled
Necessary cookies are absolutely essential for the website to function properly. These cookies ensure basic functionalities and security features of the website, anonymously.
Functional
Functional cookies help to perform certain functionalities like sharing the content of the website on social media platforms, collect feedbacks, and other third-party features.
Performance
Performance cookies are used to understand and analyze the key performance indexes of the website which helps in delivering a better user experience for the visitors.
Analytics
Analytical cookies are used to understand how visitors interact with the website. These cookies help provide information on metrics the number of visitors, bounce rate, traffic source, etc.
Advertisement
Advertisement cookies are used to provide visitors with relevant ads and marketing campaigns. These cookies track visitors across websites and collect information to provide customized ads.
Others
Other uncategorized cookies are those that are being analyzed and have not been classified into a category as yet.
SAVE & ACCEPT
X 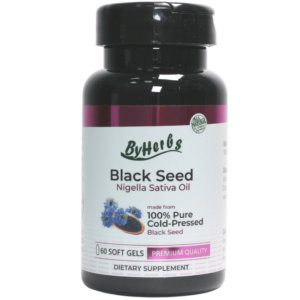